One of the most important fire safety devices for the home is the smoke alarm.

After becoming generally available in the early 1970's home smoke alarm sales grew rapidly and the price fell, so that by 1991, 88% of US homes had at least one, and alarms could be purchased for under $10.

Several studies have concluded that when working smoke alarms are present, the chance of dying from the fire is cut in half. The smoke alarms currently in place have saved thousands of lives, but several problems exist. First, the 12% of homes without alarms have more than half of the fires; second, it is estimated that a third of the smoke alarms in place are not working, often due to failure to replace a worn out battery; and third, many homes do not have as many smoke alarms as are needed to protect the occupants properly. In this section, we will examine how to protect your family with smoke alarms.

How Many Alarms are Needed?

The primary job of our smoke alarm is to protect you from fires while you are asleep. Thus, your alarms should be

located between any sleeping persons and the rest of the house ' outside bedrooms or sleeping areas. But tests conducted in the 1970's clearly showed that this might not be enough.

​In multi-story homes, fires on a floor level without a smoke alarm can grow to dangerous conditions before sufficient smoke can rise in a stairway to set off an alarm on the upper floor. Based on this observation, most codes require that additional smoke alarms be located on each floor level of the home.

There are a few places where a smoke alarm should not be placed. These include kitchens and garages (cooking fumes and car exhaust are likely to set them off) and unheated attics and crawl spaces (where it can get too cold or hot for the  electronics to work properly). Fires beginning in these areas are generally detected by the other smoke alarms in enough time to escape safely. If an alarm is desired in these spaces, heat detectors are available. But remember that the smoke alarms are the primary safety devices in any home protection scheme.

What Kind of Smoke Alarm Should You Get?

There are two types of home smoke alarms available; the ion type and the photoelectric type. The ion type reacts faster to open flaming fires and is usually the least expensive. The photoelectric type reacts faster to smoldering fires and is less likely to react to cooking. Both types provide good protection and can be used without worry. If you need more than one alarm, you might get one of each. There are also multiple ways to power smoke alarms. Most operate on a battery (usually 9 volt), which should be replaced at least once a year. When the battery needs changing, the smoke alarm will begin to "chirp" every 20 seconds or so, this will persist for a month. This is most likely to start in the middle of the night (when the temperature in the house drops) causing you to get up and remove the battery so you can sleep. To prevent this nuisance you should pick a special day and give your alarms new batteries once a year. Some fire safety organizations promote "change your clocks, change your batteries" when the change is made back from daylight savings time each fall. Always make sure that you use the right battery (the required battery type is marked on the alarm near where the battery goes).  Smoke alarms installed in a house may be operated from the household electrical  power and not need battery replacement. This type of alarm has a "power on" light to tell you that the alarm has power. Smoke alarms are available which run on house power but also have a battery in case the main power fails. Both types of alarms need to be tested monthly and batteries should be replaced yearly just as with the battery-only operated type.

How Should it be Installed?

If an alarm is mounted on an exterior wall or a ceiling below an unheated attic that is poorly insulated (the surface gets noticeably cold in the winter and warm in the summer), the temperature difference can prevent smoke from getting to the alarm. Placing the alarm on an inside wall avoids the problem. In desert climates where evaporative coolers are being used, mount smoke alarms on walls 12 inches below the ceiling. These coolers add moisture that can cause the smoke to drop.

Older adults may have difficulty reaching alarms on the ceiling to change batteries. If hard-wired alarms are impractical, wall mounting 12 inches down should be considered.

Will You be Able to Hear Your Alarms?

The ultimate test for smoke alarms is their ability to wake you when you are asleep. This generally means that the nearest alarm to the bedroom can be no further away than in the next room with the intervening door open.

Hard-wired alarms can be connected together (with a wire) so when one alarm  activates, all interconnected alarms go off. Many alarms in new homes have this feature. It means any alarm in the home can awaken you in your bedroom if the nearest alarm is loud enough to do so.

For homes with battery-powered alarms, there are models that contain a radio transmitter that will activate  a receiver that can be placed in the bedroom. An advantage of this type is that, when you go on vacation, you can give the receiver to a neighbor who could call the fire department if a fire starts. Of course, these are a lot more expensive than the simple alarms.

All battery-powered and most hard-wired smoke alarms use a high-pitched electronic horn which is difficult for some people to hear. Test alarms before installation to make sure that all members of the household can hear them clearly.

People with hearing impairments can get smoke alarms with bright, flashing lights or vibrating signals. To awaken you, the light needs to be over the head of the bed and should be rated at least 110 candles. Such bright lights must be powered from house power, so if it is battery operated, it is probably not bright enough to use in  the bedroom.

Smoke alarms should be tested at least once a month. All smoke alarms have a test button that you push to check out the entire alarm, including its sensitivity (how much smoke it takes to set it off). If the testing mechanism does not work properly, the alarm should be replaced immediately. Never use open flame devices to test an  alarm.

Older adults and the physically impaired may have problems reaching their alarms to test them. There is one brand of smoke alarm on which the test feature can be activated by shining a flashlight on it. Another brand has an automatic test that activates at the same time and day, once a week. These models can be used where proper testing might not otherwise be done.

Smoke alarms need no maintenance other than changing batteries (in those that have batteries) and an occasional vacuuming of dust or cobwebs. Every smoke alarm comes with a homeowner booklet, which describes how to use and take care of that particular alarm. You should read that booklet and keep it in a safe place for future reference.

What if Your Alarm "ACTS UP"?

Smoke alarms are highly reliable but can sometimes be fooled by cooking or steam. If it sounds when there is not fire, it may need to be moved a few feet to a new position where it is not in the way of cooking vapors or steam. It may also have insects in it, so you should take it down and vacuum it out. If it continues to act up, simply replace it with a new alarm. They are inexpensive and can be purchased at any local hardware store.

How Long Should Your Smoke Alarm Last?

Smoke alarms have a useful life of about ten years. At that age they should be replaced, even if they seem to be working. This will assure that the alarm will be working when you need it.

Even though prices of today's smoke alarms are less expensive than you might have paid some years ago, today's alarms are more reliable. Thus, it is usually not worth keeping an old alarm rather than buying a replacement. 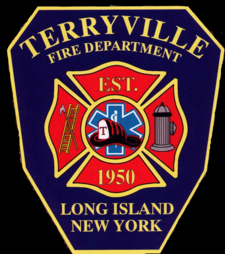